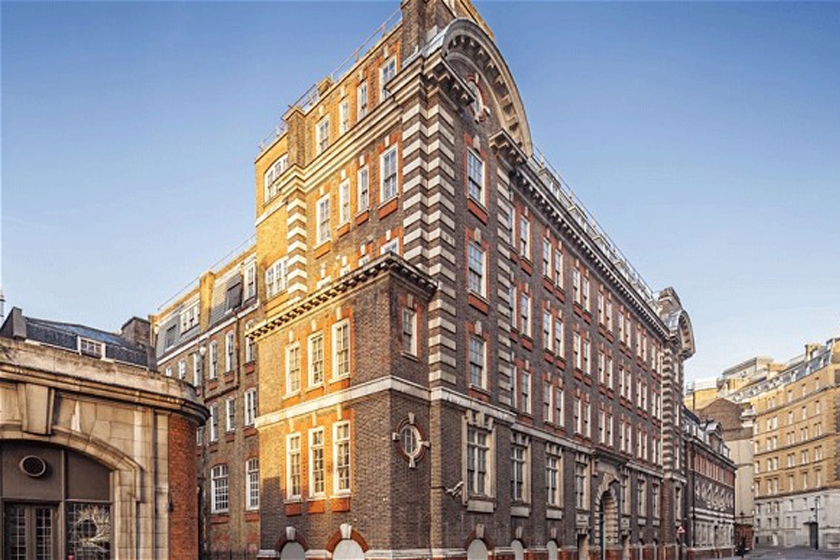 As Agents, we never stop learning and always remain pleasantly surprised when we discover amazing new venues that can accommodate our clients, so the raft of new hotels coming to London in 2017 is great news for all of our members.

The Ned, due to launch in the Spring of 2017 looks particularly promising. The Grade I listed former Midland Bank headquarters in the City of London, originally designed by Sir Edwin Lutyens, becomes a new flagship 5-star hotel from the Soho House group in 2017. The Ned hotel gets its name from the eminent architect who designed the building – Ned was Sir Edwin’s nickname – and has been redesigned using the faded glamour of a 1930s transatlantic ocean liner as inspiration.

Making the most of its historic features, the Portland stone facades will be sympathetically restored and the banking hall’s 92 green verdite marble columns and walnut panelling preserved. It’s here you’ll find seven of the bars and restaurants including an American cafe, a New-York-style deli, Parisian cafe, Grill Room and a branch of Cecconi’s, the Soho House favourite. Former directors’ and managers’ offices on the upper floors, all designed by Lutyens, become 252 suites, restaurants and a rooftop bar with landscaped terraces, health spa and gym.

The vast Ned hotel also includes event spaces which we can’t wait to see and a private members’ club featuring a rooftop space with swimming pool and an underground bar in what used to be the safety deposit vault underneath the great banking hall.

A little further out of London, and not quite as far as the States, is the new Manhattan Loft Gardens Design Hotel. Based at the Olympic Park, this new development is being overseen by the The Manhattan Loft Corporation, a firm which introduced loft living to the UK in 1992 (and more recently gave the St Pancras Renaissance Hotel its remarkable makeover).

The stylish Manhattan Loft Gardens Design Hotel in Stratford will have 150-rooms occupying the seven lower levels of the 42 storey Manhattan Loft Gardens, a mixed used development with three ‘sky gardens’, one on the 7th floor, a second on the 35th and a third on the 36th floor ensuring that residents are never more than 9 stories from an outdoor space.

Above the hotel is a 34 storey residential tower and hotel and residents share the use of communal spaces including the lobby, leisure facilities, swimming pool, spa facilities, and more important for our members, meeting and conference spaces as well as an external roof garden that overlooks the Olympic Park. No news on a firm launch date yet but we’re keeping our eyes peeled.

Finally this week is a look at the Great Scotland Yard Hotel also set for an early 2017 launch.

The original Scotland Yard headquarters is being transformed into a luxury hotel where the most expensive rooms will cost £10,000 a night. The Edwardian, Grade II-listed site, which was home to Scotland Yard from 1829 until 1890, becomes a £100million hotel with 236 rooms, and restaurant, bar and more importantly function facilities – perfect for our members and clients.

The historic address, which was rebuilt in 1910, was where investigations into the likes of Jack The Ripper were centred, and has featured in the novels of Charles Dickens and Arthur Conan Doyle. The grand seven-storey building has also been used by other Government departments, most recently by the Ministry of Defence as a storage base, and has also featured in the 2007 film ‘Atonement’ starring Keira Knightley. London developer Galliard Group is working with EPR Architects who designed the back of house areas of the Rosewood – another stunning revival of a Edwardian Belle Epoque building in London. They are doing a sensitive conversion, replacing the 1980s additions while adding new attic storeys and maintaining the principle elements of the original building.

Once construction has been completed it will become one of the capital’s most expensive hotels.