What have the AIEA ever done for us?! 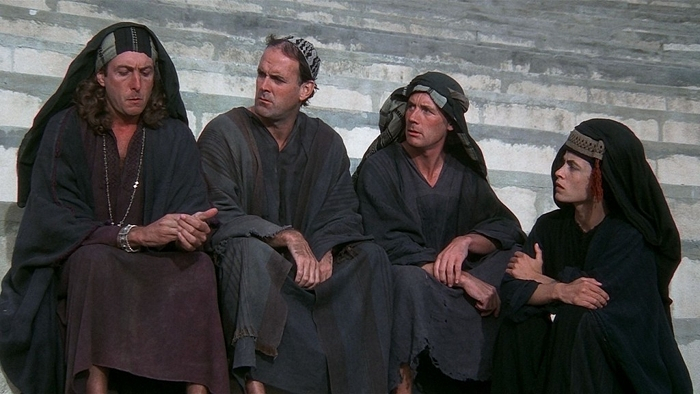 This weeks blog is from Martin Ellis at Team Umbrella, and he is also one of the Directors of the AIEA.

Those of a certain age will remember the Monty Python film “The Life of Brian”. There’s an amusing scene – one of many – where the question is asked “What have the Romans ever done for us?” There are many response, including roads, the aquaduct, sanitation, irrigation, medicine, and many other things. The response after each addition is “Yes, but apart from all that, what have they done for us?”

What’s the relevance? Well, during these difficult times I keep hearing about what other membership organisations within our industry are doing for their members, and it’s very noble – updates on government initiatives, opinions from people who are probably very wise, predictions of when our industry will kickstart, and how, and much more. These initiatives are all well meaning for sure, but they have two things in common – firstly, they’re mostly guesswork. The opinions are from people who know as much as anyone else, but they’re simply opinions and at worse, guesswork. Secondly, they’re all pretty much the same. Read the missives from one organisation, then read the next update from another organisation, and they are in the main part just regurgitating information; to add to this, it’s information that’s readily available with a quick Google search. If you don’t want to do the Google search, you could simply read the numerous emails that arrive each day with updates on the same subject.

That’s all well and good, and no doubt some of their members feel that this is a benefit worth having. Personally, I think it’s like watching the news on ITV, then switching to BBC to get a recap, and following up by watching CNBC, Sky News, CNBC… it’s simply hearing the same thing from multiple sources. I find this information overload, and counter-productive. As much as I admire the efforts of different organisations to keep their members updated and fully informed, I wonder at what point people stopped reading their regular updates?

So back to the subject – what have the AIEA ever done for us? AT an early stage we took a slightly different approach. Being mindful of our members, we felt that they would be getting more than enough information on the current situation from other sources, and that to simply do the same as everyone else would be pointless. But we recognised the need for support in different areas, so we tried to service that need. I’d like to break that down into two areas, as follows:

1) Business support. Many members have struggled financially due to cashflow constraints caused primarily by being unable to contact the right people at venues that owe them commission; our member base has been incredibly efficient in sharing contact info and this has definitely produced great results. Some members have struggled to understand the various initiatives on offer; again, other members have gone to great lengths to share their understanding of the schemes available to support businesses, and this has helped many people. Other members have been supportive to each other in matters of contractual issues – cancellations and postponements for example, where venues may be imposing fees and conditions unreasonably where events cannot take place. In short, we’ve acted as an information hub to members who need support.
2) Personal support. Let’s not deny this, some people are suffering from a lack of human interaction. In recognising this, we’ve attempted to run a number of online meetings, group calls, seminars and even quizzes. It’s simple, basic stuff, but it lifts spirits and brings a smile to people’s faces. We also get to catch up on news, share thoughts and opinions, and most of all we reinforce the fact that we’re a support network for each other.

So I repeat the opening line. What have the AIEA done for us? Apart from sharing news, helping members navigate somewhat complex government initiatives, provide business support, advice, ideas and suggestions, discuss legal issues, entertain us, bring a smile to our faces, and make us laugh when all we hear is doom and gloom… Yes, apart from all of those things.