Team-building is fun, or is it?! 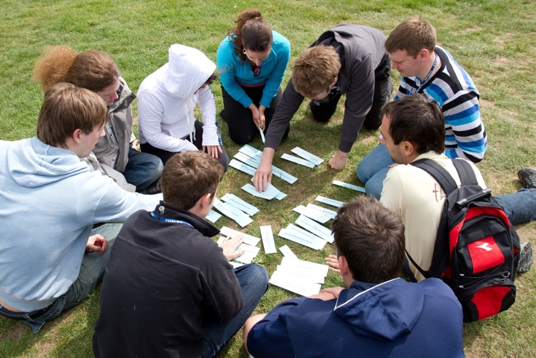 Chris Walls the MD of Events2 has written this weeks great thought provoking blog on team-building.

Teambuilding is fun, or is it?

Well actually it should be fun, but nowadays the true function of teambuilding seems to have been lost and is now positioned under the heading of ‘fundays’.

True Teambuilding serves a specific purpose and should have a measurable return on Investment for the client.

Events2 was borne out of a perceived gap in the market.
Previously Chris Walls, MD of Events2 was The European Group Sales and Marketing Director for The Thomson Corporation. With a sales force of 90 across Europe and additionally launching the first ever UK online information service (at a time when 18% of UK companies had the new-fangled 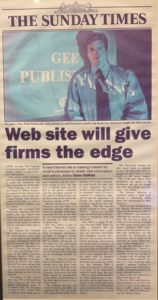 ‘internet’!), he had the task of motivating a group of people that were not only facing the usual day to day challenges of selling but additionally the adoption of a whole new era of technology and mythical messages that through the ether.

Market research to find professionals to deliver motivation combined with training and communication programmes proved to be very frustrating. Most Agencies that were approached were more interested in the colour of the set design than how the investment in team building was going to be recognised in incremental sales revenue.
To cut a long story short; Chris ended up designing the programmes himself and bringing freelancers to deliver the programmes.
Chris set targets for the improvement in sales and designed programmes that specifically targeted the deficiencies within the team. These were pretty easy to determine and centred around ownership of responsibilities, delegation when appropriate, clear communication and joint ownership of team goals and individual targets.
The teambuilding programmes were designed to specifically encourage acceptance of the weaknesses and agree mechanisms to overcome them. This was done by designing tasks that demonstrated the effects on team performance of those negative aspects and then the group themselves working out how to remove the obstacles. This was all wrapped up in conferences, team days and an incentive programme that also rewarded the administrators as well as the top revenue generators.
The ultimate destination for the incentive scheme was determined by the incremental revenue generated -the programme initially launched with a destination of Brighton for a day and ended up being a 5-day programme in Fort Lauderdale – all paid for by incremental profits from the additional sales generated by the team.

This team went on for a run of three years doubling sales year on year with an exceptionally low staff turnover and very low sickness absence record.

The point is, teambuilding programmes should first identify the potential areas of weakness or under-performance. The teambuilding programme then needs to demonstrate those areas affecting performance to the team concerned and then they should be facilitated in developing alternative solutions which can then be tested, and their success demonstrated to the participants.
The effect of true teambuilding will be embedded in a company’s psychology and operations for years to come. 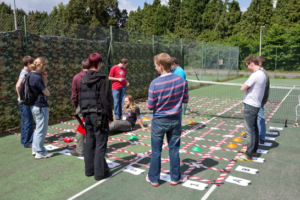 Fun days are not necessarily beneficial to team building!
There is a place for a fun day, but it should be recognised as just that – potentially a ‘thank you’ and a day out of the office to create some fun shared memories. The effects are relatively short lived.
Events2 has become a full-service agency because of our holistic approach to managing investment of client budgets and measuring value of that investment against specific targets, goals and objectives – poacher turned gamekeeper you might say!!