Not Just a Number…… 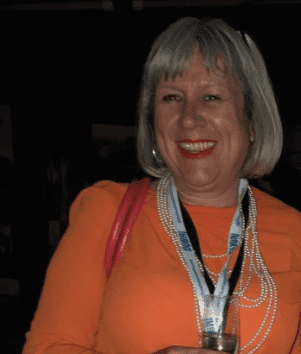 Paula Kelsey, immediate past chair of the AIEA shares her view of her term –

As we say good riddance to 2020 and start 2021 with some gloom, but also a distant pin prick of light, I wanted to reflect on the past couple of years as chair of the AIEA. Despite the pandemic and despite the devastating impact of the virus on the event industry, membership of the Alliance has continued to grow, and the reputation of the organisation has strengthened both with our members and within the industry as a whole.

Our amazing new chair Kerry Walsh of Hatch Events, aided by the formidable Chris Walls of Events2, is heralding a new start and bringing some new energy to the orgnisation at what continues to be an incredibly challenging time, but I have every faith in their leadership and will continue to be a part of this fabulous group of experienced and enthusiastic event professionals.

I didn’t quite get to reach all of the goals I set out during my term, but given the world effectively stopped last March, it was probably unrealistic and I can certainly hand over the baton, confident that the Alliance will continue to thrive. So what targets had I originally imagined? The two key areas I had wanted to focus upon were training and education for the next generation of event professionals,  and growing the membership to three figures – agencies around the UK including the possibility of European chapters.

As part of our third and increasingly brilliant members meeting and awards back in January 2020, and please remember the Alliance is still only in its infancy, significant progress was being made on our new Forward Thinking initiative. Jules Alexander of Ball Associates had kindly agreed to spearhead the new programme, aided by Marc Buxey of DeVere – and with Stephen Caldaralo of PAC championing the initiative to our younger members, it was all systems go. And then came lockdown. Unfortunately, the subsequent months has meant that not only is Marc temporary, we hope, out of the business, but also most of our younger members are all engaged in other roles or on furlough.  Although this initiative is on hold, I do know that the Alliance is keen to invest in the next generation and as soon as we start to see a sense of new normal, and event agencies investing in new staff, its an area that will once again become a priority.

In terms of membership growth, we hit 85 members in December, with a significant amount of new members since lock-down began, so whilst not quite the numbers I had hoped for, not bad considering. We had a recruitment campaign planned and were actively talking to some supplier partners about using International Trade Shows and Meetings as an opportunity to promote the AIEA and explore chapters for European members – and to provide them with the same invaluable resource and support network that we have enjoyed here in the UK.

However, something I have come to realise about both initiatives and more specifically about the membership, is that its not just a numbers game. Its about delivering something which encourages engagement and participation. Along with many of my fellow AIEA members I’m sure, I have worked with all manner of membership organisations and professional trade bodies and the same can be said for all of them – there are those that want to lead, those that are happy engaging when it suits and those that are happy just being part of the bigger picture, albeit in the background.

So being part of the Alliance doesn’t mean you are just a number, your membership and your opinion is equally important whether you shout from the front or you just want to have the opportunity to engage when it suits you. Either way, your membership is invaluable and we look forward to you joining us on this next exciting chapter of the AIEA.